I don’t want to move forward with writing. 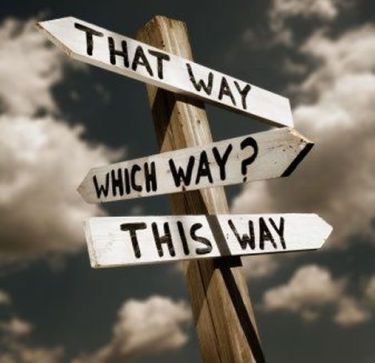 The only thing we have to fear is fear itself. I think that’s a quote from Franklin Roosevelt, or some other American President- not like I’m an authority on the subject of American presidential quotes, because I don’t actually know anything about American Presidents, other than the current one is a guy called Barack Obama. Oh, and he has this thing called Obamacare. Whatever that is. Anyway, it’s a quote I like and I think that it fits in to many situations. In a lot of times we humans tend not to start because we fear failure- and that’s often why things never get started. A fear of failure.

I guess a fear of failure is something I could be having right now. In my last post, I talked about how I’m not sure about where I should go next with my novel, Uncharted Stars, It’s not going very well and I’m really not inspired anymore to write it, and there are many reasons as to why. But this is where the indecision lays: I’m not sure whether or not I should just scrap the novel. I don’t have a wide readership, so to be honest it doesn’t even matter, but it’d be a huge waste of time if I just scrapped the novel right here. But it’d be an even bigger waste of time if I keep going and get a completely crappy novel.

I don’t like being a quitter. It’s not a good habit. But sometimes it’s going to be necessary to quit, and it all depends on knowing that you should quit. Should I quit know? I’m really undecided. If I do decide to quit, however, I’m going to need to go right back to step one of the writing process. Brainstorming ideas for a novel take time and it takes a huge amount of energy. It’s a very brain-draining activity.

Then comes the worst part: picking the idea. That’s exactly what I fear the most.

Short stories are awesome because they don’t require a lot of investment in terms of time and effort. Plan something up, write two thousand words, and after that you’re done. For a novel, though, I’m going to have to do thirty times the amount of planning and writing than I do for a short story, and so I feel like it’s really important to come up with a good novel topic. I mean- if I choose a plot, I’m actually going to be stuck with that freaking plot for like, the next nine months of my life or so. Choosing a crappy plot would just mean that I’m going to spend a crappy time writing about characters I probably won’t even like.

I’ve probably listed out my fears now. If I actually just had a bit of a ‘damnit’ attitude and made a few quick decisions, then I guess I’d probably be done by now with these decisions and can actually get down to writing. But it’s these fears that are still stopping me, and I’ll need more time to ponder. How much time will be too much time, though? I’m thinking I’ve already spent too much time on this.

So yeah. The only thing we have to fear is from fear itself.