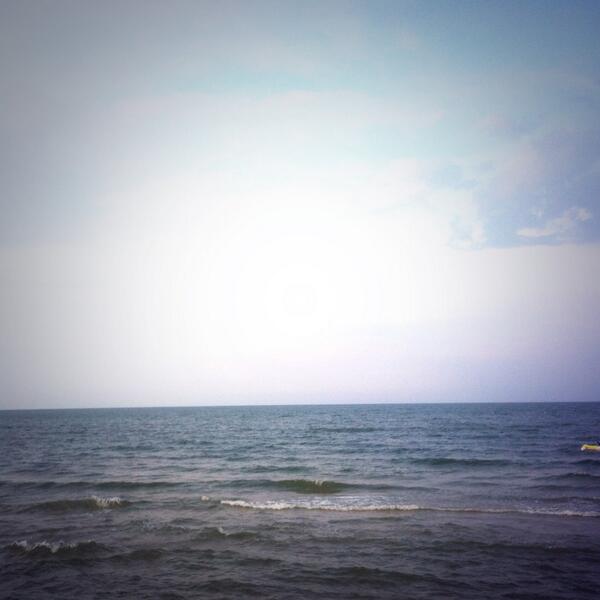 In which this will be a rambling post with little to no structure where I will just get some thoughts out. Not like most of my posts aren’t like this already. Anyway, I’ve spent the past few days relaxing at Thailand’s southern beaches, which is quite a nice change of atmosphere from Bangkok. Above is a photo of the view of the sea. It’s a liberating scene, and it gives a feeling that you’re quite not as important as you think you may be; for all the pretensions everyone has you’re still just a speck of dust. It’s nice to know that the things you think matter don’t actually matter in the grand scheme of things.

But I digress. I’ve had a bit of time sitting around by the sea and I’ve thought about where I want to go next with writing. Half a year ago I decided that I’d just spend the next few months just writing short stories and experiment with a couple of genres and see where I want to go. It didn’t quite turn out as I planned. I spent that time flirting with the idea of History Republic (which didn’t turn out so well because it takes time to research and I just don’t have enough time). I didn’t write as many short stories as I wanted to; on average I wrote only one a month. Writing these did give me a lot of fun, however.I also unintentionally became a commentator on Thai politics, and this turned out to be my most successful series of posts. It makes me consider making it a regular column on my blog, but I’m not sure if I know enough to actually do regular, in-depth analysis. (I don’t want half-baked, inaccurate and unhelpful observations either).

What I’ve had to cut away from my projects, however, to accommodate regular short stories is that I’ve completely stopped writing novels. I have about two novel projects from a year ago, and I haven’t continued any of them in a long time. Firstly, I’ve lost interest in both their plots, but then I lose interest in a lot of things quite easily, and secondly I just feel like I don’t like my writing for both of them. It’s a strange sort of dissatisfying feeling that’s hard to explain. I’ve decided, however, that eventually I will return to novel-writing. I barely have the slightest traces of a plot forming in my head, so it won’t begin anytime soon, but I want to return to it.

In my opinion, the most important thing about being a writer is that you have to write regularly. That’s important. Without writing often there’s no way you can improve your writing, and basically just mature as a writer. I don’t write quite enough, I think- but that’s because schoolwork also remains a priority. (Which reminds me that I have a load of homework to do right now, but I’m procrastinating that off. I’ve had a long, exhausting day anyway so I’ll just leave it all for tomorrow). I guess there’s a way to manage my time better but I’m also lazy as heck. In any case, novel writing is good for regular writing.  Novels can be a lot of fun to write, and there’s continuity which will ensure a regular stream of posts.

What will the novel be about? Who will be the characters? When’s the first chapter going up? Am I going to stick with convention for my next novel? Will it be more avant-garde? I don’t know any of the details yet. I’ll need to figure them out. Maybe they’ll even come out more like a Japanese light novel- short chapters with fast-paced stories intended directly for a teenage audience (just like myself). Or not. I don’t know. A better question to ask is what don’t I know. I can easily answer that.

So I guess I have a lot of ideas floating around, but no specifics. A politics column, a novel, maybe some more short stories, reviving History Republic, just a regular stream of writing in general…writing this post helped me to brainstorm, but I’ll need to consolidate my thoughts. And here is where I’ll sign off from this rambling wall of thoughts for today.