Lee Kuan Yew, among many other things, was known in his later years as a foreign policy sage who regularly dispelled his wisdom about international affairs. His views on the United States and China are well documented. But, interestingly enough, Lee also touched on other topics, including the European Union: he stated that he did not “view the European Union as an inspiration for the world. I view it as an enterprise that was conceived wrongly because it was expanded too fast and it will probably fail.” The euro, he said, was doomed to fail without the EU’s further integration into a ‘United States of Europe’ of sorts; this he felt was improbable, even possible. The countries of Europe were simply too caught up in their own history and too disparate for the level of integration necessary. This he wrote “more in sorrow than in derision about Europe’s inevitable decline”.

They were prescient remarks, indeed. A year after his death, events are going as Lee predicted with the

European Union never closer in its entire history to failing. Britain has against all the odds voted to leave, bringing out at a single stroke 18% of the European GDP and 13% of the entire population of the union. In the wake of Brexit lies a fearful and confused EU. Why did Brexit happen, and what will be its long-term consequences? What now of the European project and the dream of ever-closer union?

Seen from the perspective of Lee Kuan Yew, however, and this is a much less sudden event than one might be led to believe by the startled media. The EU has long grappled with the key issue of integration. How much of it is desirable? Too little, and the union may very well be pointless. Too much, and the proud countries of Europe each with long histories would rage. To lead the European Union would be to walk a tightrope. The EU, especially once the monetary union was added, needed further integration for the project to succeed. In its current form, it is like a fish that is still trying to evolve into an amphibian- trying, but not yet in its optimal form. As Jean-Claude Juncker the president of the European commission, said: “We have to deepen economic and monetary union for a simple reason: Our monetary union is not optimal. We have an independent central bank. But we don’t have a European government. So we have to have rules to replace the non-existent European government.” Juncker even called for a creation of the European army. The end-goal it seemed to many, truly was a United States of Europe.

To answer every problem with ‘more Europe’, however logical it may be when viewed through the lens of furthering the European project, was not popular with all ordinary European citizens, to say the least. An EU bureaucrat dreaming about a federal Europe is one thing; attempting to ignore ordinary citizens and forget the centuries of national cultural development and history in a rush for integration is another. More and more power was transferred from national parliaments to Brussels. More and more laws were passed by the European commission. People soon perceived that power was being moved from their nations to an institution with a clear democratic deficit. And last year, many were startled by the remarkable trampling over of Greece and its new socialist government who dared go against the powers that be (following, of course, Europe’s own inept handling of the debt crisis). Calls for reform fell on deaf ears. Approval ratings for the EU leadership followed by dropping drastically since 2008 to an all-time low.

This brings us to vote for Brexit. Britain is in the EU, but separate from the rest of the EU, and an obvious example of this is how it did not join the eurozone. But in many ways, the separation is deeper than just the monetary disunion; as Mark Mardell eloquently writes in his piece in the BBC:

As so often, Shakespeare put it best: “This precious stone set in the silver sea/Which serves it in the office of a wall/Or as a moat defensive to a house,/Against the envy of less happier lands,/This blessed plot, this earth, this realm, this England.” It is that silver sea that helps define our relationship with the rest of Europe…These isles have rarely been in isolation from it, whether splendid or otherwise…But it has always kept a beady eye on other powers across the water…from that physical separation flows a psychological distance too.

Mardell goes on to talk about the national character of the British that sometimes simply made it more incompatible to the EU than the countries on the continent, harking back to memories of the Second World War. He then says:

The old caricature of those who were opposed to the EU was less and less true. They didn’t base their arguments on dislike of foreigners. They professed to love Europe’s variety and embraced its language and culture. It was the organisation they disliked…many of the political elites were snobby about these opponents…[the elites] turned a blind eye and hoped they wouldn’t be heard…What was once as rare in Europe as a dodo riding on a unicorn is now commonplace. All over Europe there is deep suspicion of the European Union…It is undoubtedly true that the UK’s immigration debate and the Greek crisis are so heated because people don’t feel the same connection, the same (often limited) desire to help people from other European nations, as they do those they define as their own.” 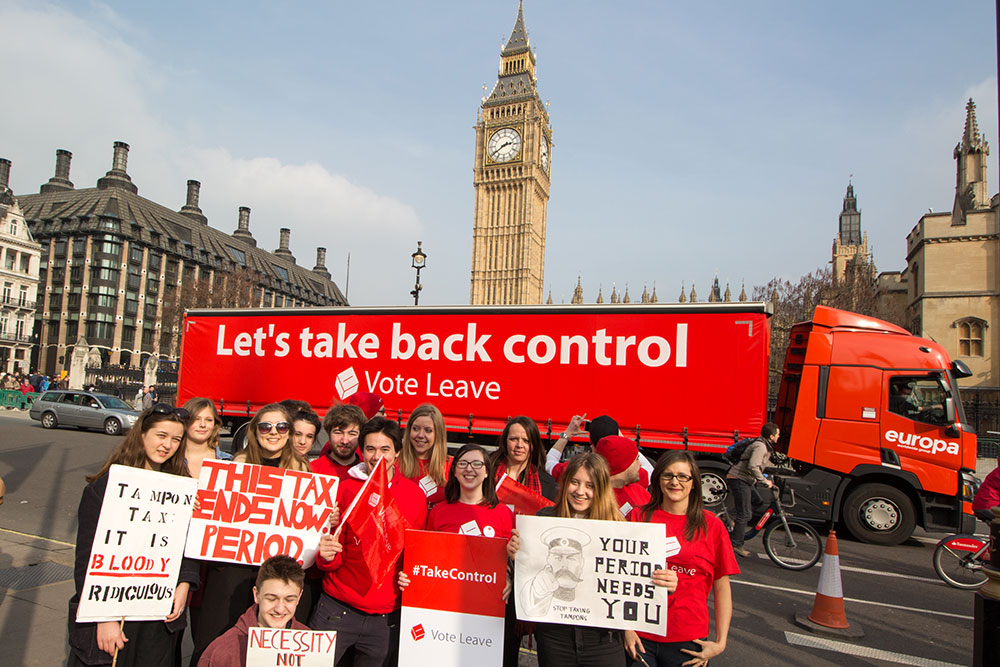 It has to be recognised, of course, that we have been discussing the EU on a more abstract basis than most British voters would have engaged in. To many British voters, the reason they voted out was not because of the democracy deficit of the European commission; rather, they wanted to reduce immigration, stop the government from sending more money over to the EU (of course, the 350 million pounds a week figure is a lie, but in the end it may be the single most quoted number of the entire referendum campaign on both sides and hence was imprinted in the memories of voters), or reduce the burdensome regulations that was imposed on them from Brussels. Fundamentally, however, this is backlash against the same thing: the supranational entity that felt alien to a people who were still rooted in the concept of the supremacy of the nation-state. Forced attempts at integration were being resented, but the response from Brussels was always “more integration”. And staring across the channel, where even more sovereignty had been pooled together, the mess that the EU has made from numerous bad decisions regarding the euro is enough to cause many to take a step back.

After a thorough analysis of the economic downsides of leaving the EU, of which there are numerous, I do not believe that it was the right decision for the UK to have voted to leave. However, it is also important to recognise that the British people, and indeed people from all over Europe, had legitimate grievances that time and time again fell on deaf ears and were left unaddressed. And it cannot be said that the EU were not given a chance. David Cameron desperately tried to get a deal on a ‘reformed European Union’ and to secure for Britain a special status within the union. The EU refused to hear the alarm and hence refused to reform.

Perhaps a close result favouring Remain- something like 51% to 49% – would have done the trick. But it is too late. Now that Britain has voted to leave, the alarm bells are no longer merely ringing for reform. It is now ringing for revolution. The “inevitable decline” that Lee Kuan Yew spoke of may have arrived.

The referendum result had barely been announced and many in continental Europe had already begun cheering, particularly from the rising far-right populist parties. France’s Marine Le Pen immediately promised France a referendum that could result in their own Frexit. Geert Wilders in Netherlands called for a Nexit vote. The far right in Germany and Sweden were similarly overjoyed. Where there is discontent, there are politicians willing to prey on it, and while many condemn voters for being “racist” and for embracing, in the case of the British, “the little England identity”, it also has to be remembered that discontent has its roots; if the roots of this discontent is not addressed, then it will simply continue to rise until it explodes, resulting in something spectacular like Brexit. It is not difficult to imagine that were many of the countries deeply affected by the eurozone countries given a referendum, they would not hesitate to leave. How would Greece vote if they were given a chance to finally reject the EU and its hated institutions?

This leaves the EU in a dilemma. The knee-jerk reaction to try to save the union would be to put brakes on the process of further integration in its tracks. Ever-closer union is backfiring, so of course the perfect remedy would be never-closer union. But to halt the furthering of ties and the continued buildup of the supranational entity would be tantamount to giving up on the ideal of the European project itself. We would be left with a half baked eurozone where imperfect controls of fiscal and monetary policy lead inevitability over and over to economic crises, and an uncertain political union that didn’t seem to know where it was going. But any more integration and pooling of sovereignty would be the fuel that would feed the populist revolt. And there is yet no talk of solving the issues of the lack of accountability and democracy within the EU’s institutions.

By refusing any reform or change of direction, the EU’s leaders have made conditions ripe for a revolution. And now that tree sprouting from the seeds of discontent have borne fruit, a pandora’s box has been opened. We do not know where Europe will be once the dust settles, and only time will tell if Lee Kuan Yew was right. But we do know this: Brexit was a tumultuous revolution in the eyes of the European Union, and it may very well be followed by many others like it. And if it does, we will be watching “more in sorrow than in derision about Europe’s inevitable decline”.