In the waning months of 2016, a row erupted in Thailand’s always combustible online scene. Strangely enough, the source of controversy was a music video, produced by the Tourism Authority of Thailand, to encourage Thais to travel domestically. It was a subject matter that should have produced rare moments of agreement from all areas of society, but it ended up provoking outrage from cultural conservatives.

The reasoning, ostensibly, was the inappropriate portrayal of the men in the khon outfits. These, they proclaimed, was a product of high culture and should never have been subjected to the indignities of modern dance and the shooting of a music video. The backlash was such that the Tourism Authority felt obliged to release a new ‘edited’ version of the video that cut out some of the more controversial scenes.

To preserve and defend the sanctity of the Thai traditional culture: this indeed is a worthy aim. But the row that erupted is merely a symptom of a larger problem that continues to plague Thailand. The country is, perhaps naturally so, quite conservative in its views and beliefs. But for Thailand to continue to grow and succeed in the 21st century, a paradigm shift is needed in how Thais, both inside and outside of the government alike, think and approach the issue of how to move the country forward.

In the government’s credit, one of the long-term policy visions that has been produced in recent times is that of ‘Thailand 4.0’. From the government’s perspective, there has currently been three ‘iterations’, so to speak, of Thailand:

The country, according to this perspective, has been stagnating in the era of Thailand 3.0 for decades now. It has fallen into what economists call the ‘middle income trap’, where a country attains a certain level of income but cannot move upwards. The government argues that as long as Thailand continues its focus on heavy industry and exports, it will remain in this middle income trap.

What is needed, instead, is a new economy filled with the most trendy of economic buzzwords. A ‘value-

based economy’ that is ‘driven by innovation’, a country whose industries would be driven by technology and creativity, and a major shift from production to providing services: this is the goal that the government has set for itself. No longer must farmers be the poorest in Thai society; let them instead begin learning the processes of ‘smart farming’. Small and medium enterprises would become stronger, turning into ‘smart enterprises’. Organisations in both the private and public sectors across industries as diverse as biotechnology, health, robotics, digital technology and creative services would combine to drive Thailand forward. In short, the government is planning on Thailand rocketing out of the middle-income trap and propelling itself towards developed nation status: all within 5-6 years.

To be sure, the government should be commended for outlining a grand, sweeping vision. If nothing else, the current government’s lack of necessity to constantly return to the ballot box means that Thailand finally has a government that can afford to look beyond winning the next election and draw up long-term plans. The economic analysis is right; Thailand must begin to develop a more innovative economy for it to leave the middle income trap.

But to believe that this is achievable within 5-6 years may also be wildly optimistic. The controversy surrounding the tourism video is a case in point. “Innovation” is frequently mentioned in the plan, but simply being creative with Thai culture is already provoking outrage. How can Thailand develop world-class innovations if its people cannot innovate? How can Thailand adopt new methods of doing things if people refuse to consider them? Building a innovative service-based economy is unlike building heavy industry; you cannot simply build more factories and wait for GDP to rise.

Here, I’ve outlined some of my thoughts on how Thailand can come closer to realising the still-elusive vision of Thailand 4.0:

What is more outraging about the situation, however, is the fact that government after government has recognised that the Thai educational system is in need of change. In fact, in 2016, 20% of the government’s expenditure went to education. There is not much to show, unfortunately, for such a massive amount of funding. Thai students continue perform poorly in international ratings, such as in the PISA tests:

Thai children scored 415 points in maths, far lower than the international average of 490 points. In sciences, Thai students scored 421 points, much worse than the international average of 493. And in reading, Thais scored 409 points, well below the OECD average of 493 points…Standing at 54th, Thailand’s overall performance is far below other Asian countries. Singapore was the top performer in all three subjects in the Pisa tests, followed by Japan in second place, Taiwan in fourth, China in sixth, while Vietnam did well at eighth.

Thailand 4.0 will require a skilled work force that is ready to face the challenges of an ever-changing 21st century world. Thai schools are demonstrably not up to the task. How can the government ensure that Thailand can compete with neighbouring countries, let alone the wider world, when it fails to equip its citizens with the necessary skills in critical thinking, mathematics and language. What hope is there for ‘Thai innovation’?

Instead of attempting to make incremental changes to the educational system, the government should be revolutionising Thai schools. It would do well to understand how various countries that are renown for their high quality educational systems, such as Finland and Singapore, succeed in building a skilled workforce. It should also seek to emulate them. There are times when unique ‘Thai ways’ of doing things should be kept. This is certainly not one of those cases.

2) We must build a Thailand 4.0, not a Bangkok 4.0. Geographer Mark Jefferson once outlined 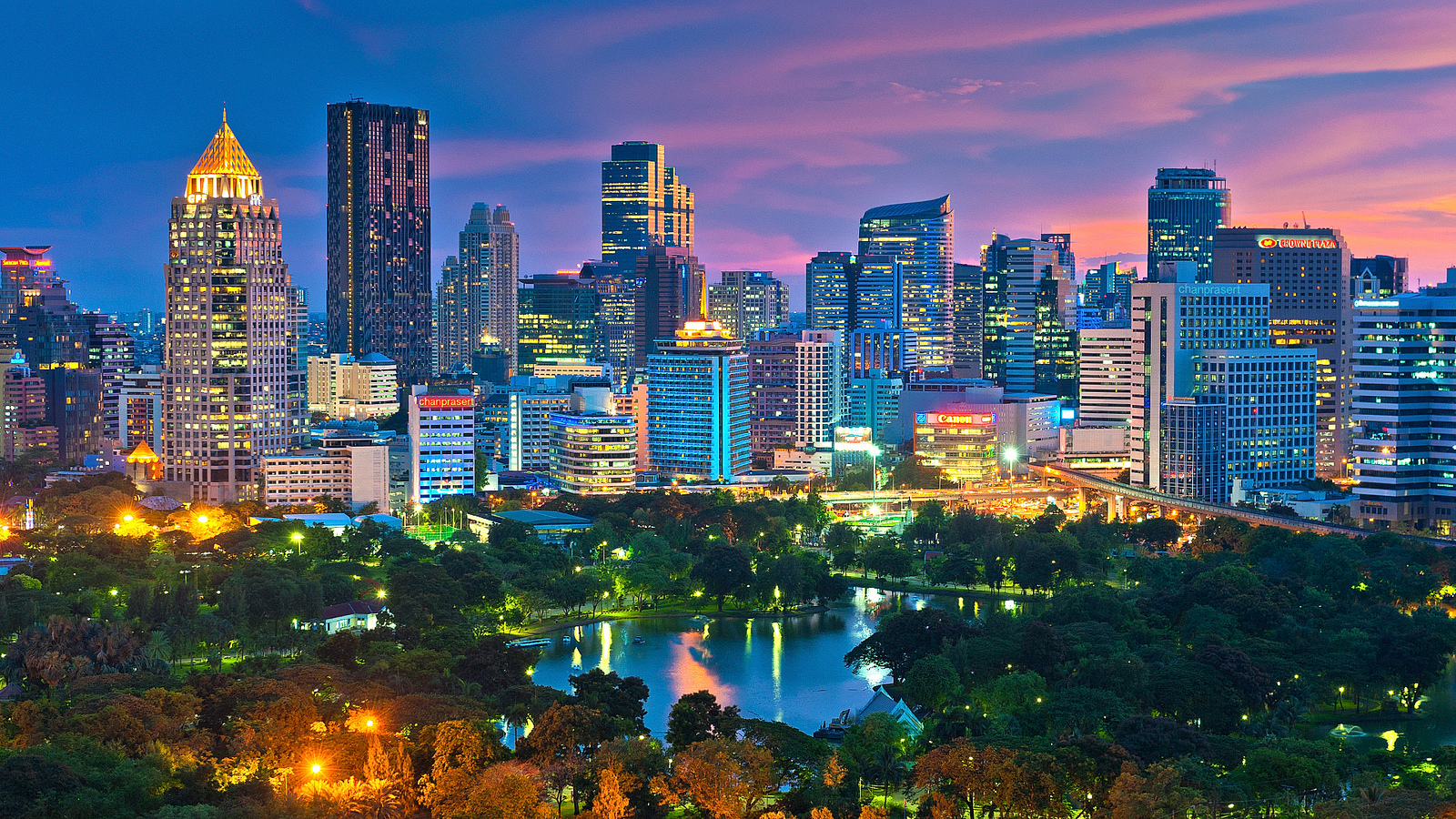 the “law of the primate city”, which stated that a primate city is one that was “at least twice as large as the next largest city and more than twice as significant”. It has been noted that Bangkok is the most extreme example of a primate city in the world, being forty times larger than Chiang Mai. The primate city may have come about more by design than as an accident, of course. Investment has always poured into the nation’s capital as it leaped ahead of any other city in the country in terms of development; Thailand’s government institutions are centred here and so are its business and financial centres. The country revolves around its capital.

But such an arrangement is hardly beneficial for the country, and especially if the government wants to realise its goal of “a more inclusive society where all enjoy the fruits of prosperity and development”. Certainly, Bangkok is closer in reach of the vision of Thailand 4.0 than any other area of the country; after all, it has ready access to finance and technology, and is always at the forefront of economic development. But this risks widening the already huge gap between Bangkok and the provinces. Perhaps Bangkok can develop a successful knowledge economy, but what comparable centres in the Isaan northeastern region are there to rival it? Even major cities, like Chiang Mai in the north or Nakhin Sri Thammrat in the south, is in no similar position. It is unlikely that great advances in biotechnology or robotics will be conceived in an areas that lack even well-regarded universities.

To fully reach the vision of Thailand 4.0, the government must ensure that the provinces are also ready to share in the prosperity that would be achieved. The government can begin by increasing investment into developing alternative business and financial centres in other Thai cities. It must also build convenient modes of public transportation both to these cities, and within these cities. By bringing more cities up to Bangkok’s level of development, the government increases the potential for innovation and allows greater wealth to flow to the provinces. Without doing so, the government risks widening inequality in Thai society and the disparity across Thailand’s regions. Instead of a Thailand 4.0, we risk ending up with Bangkok 4.0.

3) The government must ensure that this long-term vision continues to be carried out even after elections are held. By articulating the vision of Thailand 4.0, the Prayuth government has given Thailand something that it acutely needs: a long-term national strategy. However, with elections due to be held this year (or, as has been hinted, perhaps next year), the government must find a way to ensure that successive governments remain committed to this vision. There is no point in gearing up resources for the government’s objectives if they are to be abandoned by the time elections occur.

The mechanism through which this can ostensibly be done is the National Reform Steering Assembly, a body included in the constitution approved last year; this body is tasked with defining and implementing long term reforms, including the government’s 20 year national strategy. This, of course, reeks of the undemocratic; little can be said to deny that. The performance of previous elected Thai governments which constantly focused on populist short-term goals show why some feel such a body may be necessary. But it would not be constructive for NRSA to constantly intervene or meddle with the next elected government’s priorities and policies. Instead, the government must do more to convince the public and other parties that its vision is worth subscribing to and continuing.

The changes that Thailand need are deep. Five to six years is not enough for educational reforms (yet to begin) to bear fruit and produce a more innovative workforce, for farmers across the country to adopt new ‘smart’ procedures or for infrastructure to be in place that makes the country ready to take the step together in the new direction. It is important that Thailand finally begins working towards a long-term vision, and that it does so completely. It would do no good to remain Thailand 3.0 or, to adopt terminology from a certain smartphone company, to become Thailand 3S if we want to be able to leave the middle income trap behind. But doing so will require a paradigm shift in Thai thinking that can only happen with sufficient time.

2 responses to “Towards Thailand 4.0”