This was not a blog post that I had intended to write at this juncture in time. What was in the queue was an overview of Thai politics. Instead, it is a sign of the fast turn of events that my last blog post became outdated within 24 hours of publication. Titled ‘Rock Bottom for Foggy Bottom’, I had written about how the ‘America First’ policy was consuming the State Department and about the sidelining of Secretary of State Rex Tillerson. Now, however, I felt compelled to write a new post, for the events of the past week have been momentous indeed in its significance for foreign policy and the international world order.

In summary: President Donald Trump turned his foreign policy, to the extent that he actually one, on its head. After railing against Hillary Clinton for proposing further intervention in Syria, he proceeded to do just that, and more. Reportedly feeling emotional after seeing pictures of the aftermath of Bashar al-Assad’s chemical attack, he ordered fifty-nine Tomahawk missiles to be rained on Syria. Well within the foreign policy orthodoxy, perhaps, for any other president, but Trump had not subscribed to the foreign policy establishment’s worldview. This was a major shift from his ‘America First’ rhetoric and his isolationist tendencies.

So, what brought this about? And what does this mean for the world? Here are some of the main takeaways:

1) Are the adults taking control? Probably. Just prior to the decision to intervene in Syria, Trump had demoted his chief strategist, Stephen Bannon, from the National Security Council. Bannon had 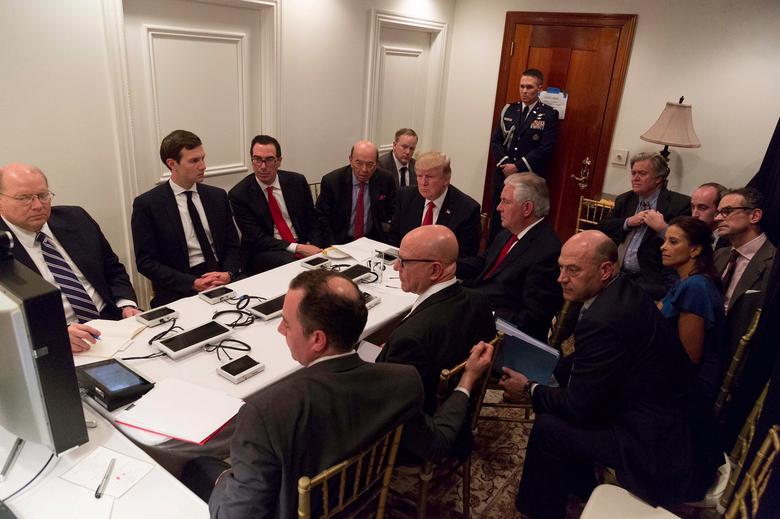 no business on the NSC: he holds no experience in national security or international relations, and it was a role for which his experience as Breitbart chief does nothing to qualify him for. Bannon, however, did have something that appealed to the president: he was the architect of Trump’s “America First” platform, which promised a general withdrawal from messy conflicts abroad and instead had a distinctively nationalistic focus. Bannon’s demotion represents the decline of this influence on Trump’s foreign policy agenda- and, indeed, Bannon may be on the way out, with reports coming out that he is on the losing side of a power struggle against Jared Kushner. (It must be said that it never did really make sense to pick a fight with the president’s son-in-law).

The consolidation of the NSC instead represents the rise in power of Trump’s generals. H.R. McMaster, the newly appointed National Security Advisor, and James Mattis, the Secretary of Defence, all have a military background, and it is unusual for retired generals to have such sway over a civilian administration’s foreign policy. It may be for the better, however; both are men with much experience in national security and policymaking and are both known to be deep, strategic thinkers- both assets that the president lacks. Rex Tillerson, dismissed in my previous post for his lack of status in the Trump administration, also seems to be on the ascendance.

Without the fiery and inexperienced Steve Bannon calling the shots, it is likely that American foreign policy under Trump will at the very least become more ‘conventional’. That is, the United States will now return to reaffirm its global commitments, which it did so in spectacular fashion with Trump’s decision to launch the missiles. It is, however, also likely to become more hawkish. ‘Military men favour military solutions’ is a clichéd line, perhaps, but it is also true. In addition, the State Department’s deconstruction (something I wrote about in my previous post, which unlike other things in the post remains the case) means that American diplomacy is still far from effective.

2) It’s still very much amateur hour, however. Mattis, McMaster and Tillerson may be gaining influence, but ultimately decisions still rest with the chief executive. And commander-in-chief Donald Trump is still simply- excuse the pun- a mere apprentice at the job that he is attempting to do. As his administration nears the one-hundred day mark, his administration is still devoid of triumphs. This is in large part due to Trump’s incompetence, which stems from his inability to actually read and understand the complex issues with which he is dealing. This means that other people have to do the job of actually crafting policy for him- such as how Paul Ryan took the lead on repealing and replacing Obamacare. But when power still rests with the president, and the president is as impulsive and inconsistent as Trump, mistakes will be made- which is dangerous indeed when in international relations, a mistake could lead to war.

Consider, for example, an interview that Trump gave after his meeting with President Xi Jinping of China. Trump, who apparently has little understanding of North Korea, pressed Xi to take action and “fix” North Korea. Xi then commenced to patiently explain the history of Chinese-Korean relations and why China cannot magically “fix” the Hermit Kingdom and end its nuclear programme. An impressed Trump said later that he had just found out “this is not easy”. It is an episode that raises many questions. The US government certainly has access to experts on North Korea, so why is the administration not making use of them? Why was the president not adequately briefed so as to go in so uninformed- and why did the president not take care to be adequately briefed? And more importantly, why was the president so uninformed in the first place?

Also consider that another man has been ascending the power ladders in the White House as Bannon’s stars declined: Jared Kushner. He and Ivanka, as a part of Trump’s family, are the most trusted advisers to the president, nepotism laws be damned. They, however, have no business to be running the government: neither are qualified to be advising the president on international relations. Yet Kushner is still tasked with bringing peace to the Middle East and relations with China. Ivanka, on the other hand, reportedly swayed the president to decide to take action in Syria. The next question must then be: what will Ivanka sway her father to do next?

3) What does this mean for the Asia Pacific? Or for the wider world? It’s difficult to say. In my article ‘What Trump’s Triumph Means’, I attempted to dissect what a Trump foreign policy would mean to the world based on his ‘America First’ platform. In that article, I had argued that there would be an improvement in relations with authoritarian powers like Russia, with whom Trump has been unusually close; that there would be a declining commitment to human rights and global law; and that the inherent isolationism in ‘America First’ would mean a withdrawal from regions such as the Asia Pacific. This, clearly, is now all wrong, because while ‘America First’ may remain a guiding light domestically, it no longer holds for foreign policy. Trump is back to declaring that NATO is ‘not obsolete’ (not that many other than he had ever argued that), relations with Russia are now frosty, and the administration has sent warships close to North Korea. And, of course, there were the Syrian missiles in response to a chemical attack which had nothing to do with the United States.

With the return of a more conventional foreign policy, regardless of the cause, it would be easy to then 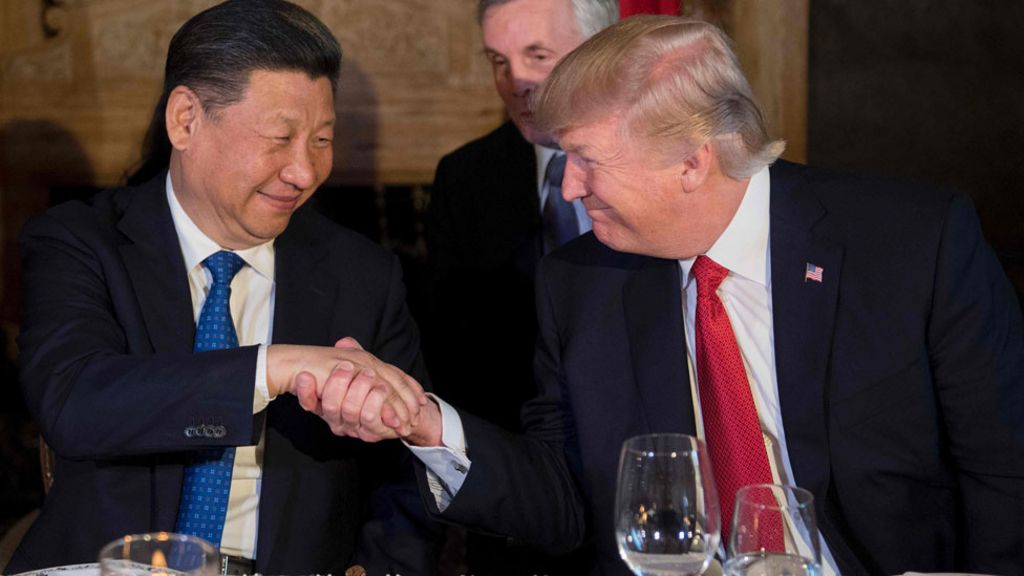 predict that global affairs will continue more or less as they have been. I would argue, however, that this return to orthodoxy shows that the future will be more chaotic than we had even assumed. If Trump could ditch his entire foreign policy platform within a few days, nothing says that he will not do it again. Such ‘flip-flopping’, damaging in domestic politics, is extremely dangerous in world politics where foreign powers are watching America’s every move.Uncertainty breeds even greater uncertainty. It could easily lead to a miscalculation by other global players and a consequent escalation in tensions or conflict.

Let us take, for example, China. Trump came to office promising to brand China a currency manipulator and relations seemed ready to take a nosedive. The meeting with Xi, however, turned out to be a cordial affair and Trump declared that China is, of course, not a currency manipulator. What is Xi and his government supposed to make out of this? Trump could make promises anywhere, but who will believe him?

Trump, during the election, once vowed to be unpredictable in his conduct of foreign policy. It seems to be the only vow he can keep.

One response to “Chaotic Orthodoxy”