I technically have exams coming up, but having studied the whole day, I am clearly in no shape for any more revision. Besides, nothing can really stop me from writing…

A search for “war” today in Google News today reveals a litany of scary headlines. “Rehearsing for war”, proclaims the New Statesman. “Can Trump do anything to stop a war with North Korea?”, asks Newsweek. “North Korea warns all-out war over US provocations”, announces the Telegraph.

The prospect of an imminent war with North Korea comes up every couple of years: that much is obvious. In fact, the first blog post that I ever wrote about international affairs on this blog was on North Korea; in 2013, I wrote about North Korea’s “official declaration of war” to the South, which technically reopened hostilities with the South after the ceasefire at the end of the Korea war. Of course, nothing followed, although the declaration of war is still worth re-reading just for its rhetorical glory:

It is the resolute answer of the DPRK and its steadfast stand to counter the nuclear blackmail of the U.S. imperialists with merciless nuclear attack and their war of aggression with just all-out war.

They should clearly know that in the era of Marshal Kim Jong Un, the greatest-ever commander, all things are different from what they used to be in the past.

The hostile forces will clearly realize the iron will, matchless grit and extraordinary mettle of the brilliant commander of Mt. Paektu that the earth cannot exist without Songun Korea.

after Kim Jong-un turned it into a battlefield; nothing like that has broken out. If nothing else, it illustrates the degree to which the North Korean regime and Kim Jong-un himself is willing to provoke the international community. It should follow, then, that the huffs and puffs of the regime today will lead to nothing, just like then.

But much has changed since 2013, for the stakes have been raised. Since then, Kim Jong-un’s regime has conducted numerous more tests for its missile and nuclear arsenal, and many experts believe that the regime is only a few years away from being able to launch a missile that could strike the American mainland. The idea that North Korean missiles could soon be raining on Seattle or Los Angeles is enough to make the media hysterical; even more scary, however, is the fact that Kim already has the capability to do the same on Tokyo, Seoul or Beijing if he pleases. Additionally, Kim’s leadership of North Korea continues to puzzle observers; after all, even after over half a decade at the helm of the Hermit Kingdom, we still know surprisingly little about him. The fact that a nuclear arsenal is in the hands of such an enigmatic character is enough, of course, to spark concern.

Just because Kim Jong-un is still a blank canvas whose character we do not know for certain, however, does not mean that we should attempt to paint an image of irrationality. It is easy to do so; anyone reading North Korea’s bellicose rhetoric would be inclined to say that their leader must be mad. But this is also lazy thinking. Let us instead try to paint another image of him.

It is important to understand that Kim Jong-un’s ultimate goal is the continued survival of his regime. There are some blunders that he has committed that makes this more difficult, such as the fact that he has allowed North Korea’s relationship with China, its most important ally and trading partner, to become frosty. Without China’s support, North Korea truly stands isolated on the international stage (after all, how many countries are still communist that can provide concrete support for this Stalinist holdout?) This, however, is not yet life-threatening for the North Korean regime; after all, China is still fearful of the short-term scenario of having hundreds of thousands of North Korean refugees flooding over the border, and the long-term scenario of a united Korea led by Seoul. As such, China, as annoyed as it is by Kim’s rebellious behaviour, will continue to provide a degree of support to Pyongyang.

Another threat to the survival of the North Korean government is internal revolution. Kim Jong-il, who preceded Kim Jong-un, famously dreamed of being dragged out to the streets of Pyongyang and being executed by a furious mob. Kim Jong-un, as ruthless an autocrat as he is, seems similarly fearful of this fate and has actually begun to address this problem with market reforms. For example, households can now keep much more of their own produce than previously for family consumption: radical by the standards of North Korea. Of course, market reforms could end up liberating the North Korean people and toppling the Kim regime, like it did in the Soviet Union- but in the short term, Kim is still safe from a general uprising. His power, similarly, is secure, with his frequent purges of disloyal officials (and even, possibly, his half-brother, Kim Jong-nam).

Therefore, the only palpable threat to Kim Jong-un’s survival comes from South Korea and the United States. The confrontation between the two is what most people fear, not least because it would most certainly mean nuclear war. However, if we continue to assume that Kim is a rational actor whose goal is to prolong his regime’s existence, then we should also be able to see that nuclear war will not happen. 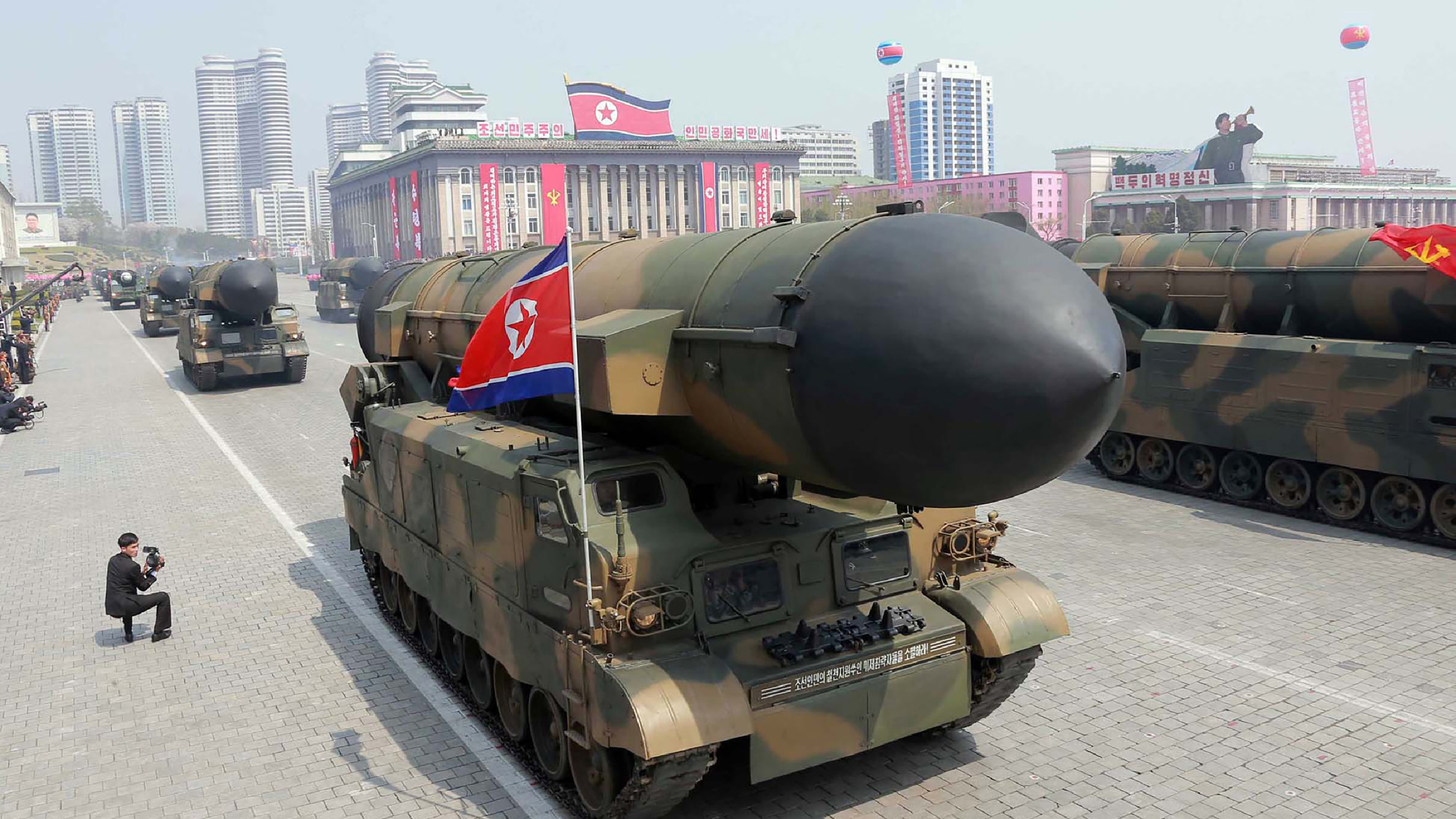 Firstly, Kim Jong-un most likely understands that the day he drops a nuclear bomb on any other country is the day that North Korea’s death warrant is signed. There is no chance that North Korea can win in any war, conventional or not; South Korea, the United States and their allies simply have too much firepower for North Korea to bear. China most likely would not come to the support of its nominal ally. Therefore, any actual act of war by Kim is purely suicidal and completely contradicts his aim of continued existence.

Secondly, Kim Jong-un also most likely understands the concept of nuclear deterrence. It is worth asking why Kim feels the need to constantly issue the threat of using his nuclear weapons, if any rational person would understand it is suicidal to do so. This is because the principle of nuclear deterrence requires the owner of the nuclear weapon to be ready to use it. British prime minister Theresa May once made headlines for declaring in the House of Commons that she would be ready to approve an attack that murdered one hundred thousand people. This stunned many, but it should have not; a nuclear weapon does not work as a deterrent if people do not believe you will use it. Kim Jong-il and Kim Jong-un have followed this same approach: by posing as a belligerent madman, Kim makes sure that the United States will not launch an attack because of mutually assured destruction.

There may, after all, be some reason in the chaos that North Korea sows. Measured against the objective of prolonging the existence of the North Korean regime, Kim Jong-un has behaved remarkably rationally.

Equations have two sides, however, and while one side has remained the same since 2013, the other has not. Donald Trump’s ascension to the presidency represents a serious question mark on how the United States will conduct its North Korean policy. On one hand, Trump understands so little about North Korea and international affairs that it is scary to think what such an uninformed president might choose to do. Could he suddenly order a strike on North Korea, the way he did on Syria after seeing pictures that made him emotional? That is possible, but unlikely. As I argued in my last post, the “adults” in Trump’s administration are on the rise, and military men like James Mattis and H.R. McMaster should be trusted to ensure that Trump understands the consequences of a pre-emptive strike on North Korea.

Of course, there are still worrying signs even with the adults. It is official administration policy, after all,

that Obama’s guiding principle of “strategic patience” is now over, and McMaster himself announced that all options save that of going to war are off the table. The incompetence of the administration should also not be underestimated (see: Sean Spicer’s struggle about the US ships Trump sent to the Korean peninsula). And although we assume both the actors in North Korea and the US are sane, even sane people make miscalculations.

But despite what the headlines are trying to make you think, it is still extremely unlikely that a nuclear war will break out because a madman in Pyongyang decided after lunch that he should try pressing the button. It does us no good to irrationalise the rational. So rest assured: we are (most probably) not one step away from World War III.

One response to “Irrationalising the Rational”