“What did the president know, and when did he know it?” This was the question asked by Senator Howard Baker who worked on the Senate committee investigating the Watergate Scandal. It was an appropriate question back then when it pertained the extent to which Richard Nixon was involved in the Watergate scandal. The question remains as relevant as ever in the discussion of Donald Trump’s involvement in the Russian scandal. 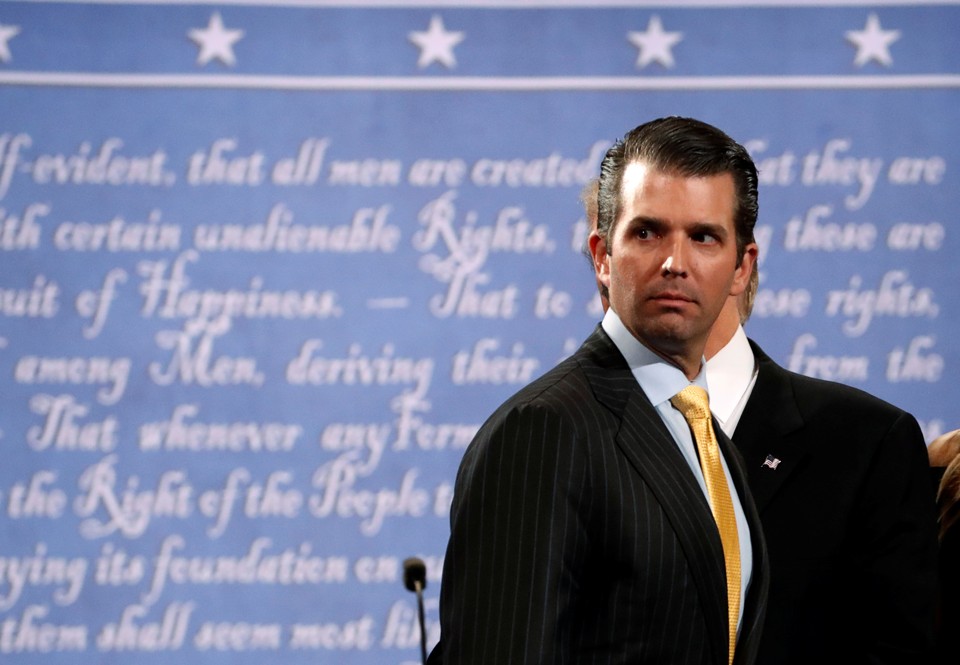 The escalation of the level of suspicion that we must view the Trump campaign on the question of whether it conspired with Russia to influence the 2016 election was a result of Donald Trump Jr.’s stunning level of incompetence. It can be summarised as this: Trump Jr. released a set of emails “in the interests of transparency” about the meeting that he had with Russian lawyer Natalia Veselnitskaya. It reads like a bad movie. The emails are literally titled ‘Russia – Clinton – private and confidential’. In it, a Trump advisor says that the ‘Crown Prosecutor’ of Russia (a role that does not exist) had “offered to provide the Trump campaign with some official documents and information that would incriminate Hillary Clinton…and would be very useful for your father”. This, he says, is “part of Russia and its government support for Mr. Trump.” Trump Jr. replies: “I love it.” He proceeds to set up a meeting with him, campaign chairman Paul Manafort, Jared Kushner and Veselnitskaya.

Here is page 4 (which did not post due to space constraints). pic.twitter.com/z1Xi4nr2gq

Trump Jr. has attempted to deny wrongdoing; he did not receive any useful information at the meeting, he claims. But that is beside the point. Regardless of whether the meeting with a Russian lawyer yielded anything the campaign could have used, the emails clearly confirm many things:

This is where the big question comes in. What did the president know, and when did he know it? As Jens David Ohlin, law professor at Cornell University, said:

I think this changes the conversation completely. It’s now established that the campaign was aware of, and involved in, Russian attempts to meddle in the election. The only question now is whether President Trump was personally involved or not. But the question of the campaign’s involvement now appears answered (in the affirmative). For Donald Trump Jr., Manafort, and Kushner, the relevant legal category is conspiracy.

Both father and son claim that Trump Sr. knew nothing of the meeting until months later. But is this possible? The idea that Trump’s associates were knee-deep in their involvement with the Russians with the candidate himself having no idea what was going on astounds belief. If it were true, it would be a massive indictment of Trump’s competence as a manager. But the bottom line remains that this is not believable.

This is made even less so in the full context of the situation. Consider all the elements: Trump, as candidate, was willing to (and did) bash everyone and everything, yet he reserved only praise for Vladimir Putin and Russia. He said, on the campaign trail, “Russia: If you’re listening, I hope you’re able to find the 30,000 emails that are missing”: essentially inviting them to interfere in the election. Later, when the FBI was in the middle of investigating the Trump campaign’s ties to Russia, Trump fired FBI director James Comey. He admitted that he did so to make the Russia story go away. At the G-20 summit, Trump pressed Putin on whether he had meddled in the election; when Putin said no, Trump was immediately satisfied. If all of that doesn’t arouse suspicion, what will?

There are no good options here for the president. If he truly did not know what was going on within his own campaign, then he is staggeringly incompetent. But if he did know, and if he did endorse what was happening, then it could be said that he was conspiring with a foreign power. Where this road will lead is unknown; much still depends on the results of Robert Mueller’s investigation. But it is clear: every sign on that road has become more and more damning. It may feel like a lifetime ago already, but let’s not forget that James Comey’s testimonial was incredibly damaging. “I hope you can see your way clear to letting this go, to letting [Michael] Flynn go. He is a good guy. I hope you can let this go.” That was the sentence that pointed to the possibly that Trump was attempting to obstruct justice, possibly because he did not want the investigation into his Russia ties to continue, deepening Trump’s troubles. The emails revealed by Trump Jr. only add severely to the bleeding.

Although much of this seems like it would have been implausible if written in a movie, what boggles the mind most is the extent to which so much of the American public seem willing to accept what is going on. Here in Thailand, suspicion that the prime minister was in cahoots with a foreign power and working against the national interest would be enough for the government to be quickly unseated. Even in the United States, if Hillary Clinton and her campaign had done a fraction of what the Trump campaign seems to have done, the Republican Congress would most likely already be drafting the articles of impeachment. The fact that political polarisation can numb some so much to the stench of conspiracy is beyond comprehension.

And in the end, the loser is the United States and the liberal world order in general. Every day that people continue to have to ask the question of what the president knew and when he knew of it, trust in American institutions and the democratic system continues to erode. The United States now has a president who is possibly guilty of both obstruction of justice and conspiring with an foreign adversary, while Congress pretends to ignore this as it attempts to tax cuts for the rich. If Putin is laughing in the Kremlim right now, no one will be surprised. He, after all, may have just turned America’s commander in chief into a conspirator in chief.

One response to “Conspirator in Chief?”