Why Yingluck Is Wrong on the Rice Pledging Policy

On August 1, 2017, former prime minister Yingluck Shinawatra delivered a tearful closing statement to the Thai Supreme Court. The case in question: negligence and corruption in the Yingluck administration’s flagship policy, the rice pledging scheme. Yingluck declared that the policy was “honest and correct” and pled that the court dismiss the case. 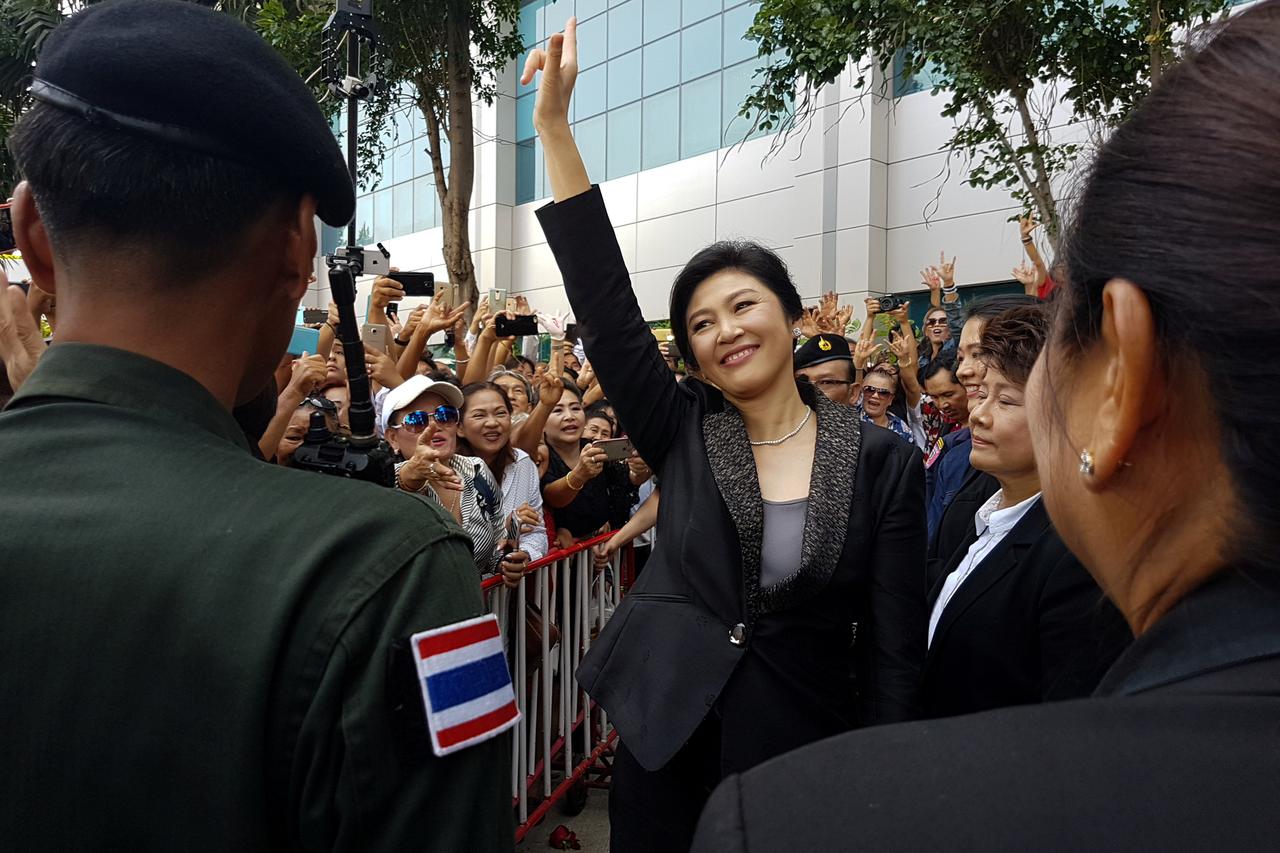 I think that soon, Thailand must move on from the crises of the past. We cannot continue to reopen old wounds; instead, we must focus on the task of reconciliation and of national development. But it is also important that wrongdoings are properly addressed. If the country is to be governed based on the rule of law, and if we are to move forward from corruption-ridden policymaking, then it is only right that the rice pledging scheme, accused by so many of being plagued by corruption, come under scrutiny.

What, exactly, was so wrong with the rice pledging scheme? In the midst of this political drama, reporters focus more on the former prime minister’s tears than on the substantiative issues. But we shouldn’t forget, however, what was so bad about the scheme.

Yingluck’s statement claimed that the rice pledging policy was based on “sound economic principles”. This, however, is not true. Essentially, the Yingluck government promised to buy rice from farmers at around 15,000 baht per tonne, which was twice the market rate at the time. This, the Pheu Thai party believed, would be fine because Thailand controlled 30 percent of the global rice market. As such, it would be able to manipulate global prices simply by stockpiling the rice the government bought; when supply falls, the global price would rise, allowing the government to sell the rice at a higher price later on. What they did not seem to have realised was that other rice exporters such as Vietnam and India could simply step in to fill the gap. Immediately, overpriced Thai rice lost out.

“If any government thinks they are living above the market, they are living in a fool’s paradise,” says Tejinder Narang, a former rice trader who now advises one of India’s largest grain exporters, Emmsons International…When he saw Thailand’s pledge to hike up the price of rice, he says he and virtually every global trader knew how to respond.  With the click of a mouse, or sometimes a quick phone call, his traders in Dubai could switch their purchases from Thailand to suppliers in India, Pakistan, Myanmar, or Vietnam. “It doesn’t take five minutes,” he says. “There are no government-to-government contracts. There are only business-to-business contracts. I can buy anything from anywhere.” And it was Thailand’s great misfortune that exactly one week after it slashed exports, India lifted its export ban, flooding the market with 10 millions tons of rice. Rather than orchestrate a price hike, Thailand helplessly stood by as global prices sank.

It’s doubtful that Yingluck’s government could have been so incompetent that they would have miscalculated the economic consequences of the rice pledging policy so badly. After all, Thaksin was a savvy businessman; he surely must have known better. It’s more likely that the policy was devised as a means to earn the votes of the rural base that Pheu Thai needs to win elections. It comes, after all, in a long line of Thaksinite populist policies designed to do just that. And sure enough, the policy contributed to Yingluck’s landslide victory in 2011- economic consequences be damned.

Another key part of Yingluck’s defence is that the policy was beneficial to farmers. At first glance, that would appear to be true. She claimed “The scheme is not aimed at making profit from rice farmers but, instead, it is aimed at raising income of over 15 million rice farmer equivalent to 23% of the country population in order to receive adequate income comparable to minimum wage of 300 baht per day.”

But this also falls apart under closer scrutiny. When the Thai Development Research Institute, which analysed the policy in 2012,

it found that the farmers who would receive the most benefit from the scheme would be high to moderate-income farmers (around 1.185 million households), because they are capable of cultivating considerable amounts of rice for the purpose of selling their product to the government. In contrast, low-income farmers possess only the ability to cultivate rice for consumption by their own households. Thus, they would not have enough rice to enter into the rice pledging scheme. Furthermore, THAI PBS found that only 8% of farmers would benefit from this scheme.

The current government has also found that the scheme was costly to the state, costing 286.6 billion baht or around 8 billion US dollars. To put that in perspective, Thailand’s proposed high-speed railway project between Bangkok and Nakhon Ratchasima will cost the government 179 billion baht. In this case, the policy’s expensive price did not result in the building of new railways, but in warehouses filled with rotting rice.

The TDRI also found that the policy was plagued with cases of corruption. Most important of this was government-to-government deals and sales to cronies at lower than normal prices (which totalled 111 billion baht in damages). But there was also a colourful variety to the corruption that happened:

In addition, there was another type of corruption that indirectly involved rice sales. It was found that a few brokers used their political connections to “borrow 2.9 million tonnes of rice” from millers and sold it to exporters or bagged-rice suppliers. They then bought low-quality rice from the government’s old stockpiles and from neighbouring countries to deliver back to the warehouses. That corruption amounted to Bt32.12 billion…The institute said it should be noted that the estimates did not include upstream corruption (farmer registrations and rice sales to millers) and midstream corruption (millers, surveyors, warehouse owners, and government officers)… “Last, the government failed to disclose vital data to the public, causing losses to stack up.”

Therefore, it is false for Yingluck to claim that there was no corruption involved in the scheme. Instead, this was precisely what happened throughout the scheme’s execution.

Interestingly, Yingluck tried to claim in her defence that she could not have stopped the rice pledging scheme. But that is a strange assertion of executive irresponsibility. As the head of government, Yingluck was ultimately responsible for the policies that her government chose to pursue. For the prime minister to claim that she cannot halt the pursuit of her own policies is an extremely strange defence. International institutions such as the Asian Development Bank and the International Monetary Fund all warned the Thai government at various times that the rice pledging scheme should be halted. It would not have been difficult for her, as prime minister, to end the policy after seeing its disastrous results.

It is true that at times the conduct of Yingluck’s corruption case has been unusual; for one, it is not common practice to bill a convicted politicians for the entire damages their policies have caused. Others think that in the spirit of reconciliation, Yingluck should not be convicted, for it will only cause the political conflicts of old to flare up again.

But if Thailand aspires to be a country that is free from corruption and governed under the rule of law, then it is important that politicians are scrutinised for their misdeeds. Last week, Chamlong Srimueng and other yellow shirt politicians were convicted for taking over Government House and Suvharnabhumi airport. It was right to ensure that they do not escape the consequences of actions. Somchai Wongsawat, the former prime minister, on the other hand, was judged not guilty for his dispersal of the yellow shirt protests. It is also right that Somchai was put under proper trial, and be given the not guilty verdict using due legal processes. The same applies to Yingluck’s corruption case, even if it will damage the road to reconciliation.

As lawyers sometimes say: Let justice be done, though the heavens fall. Whatever the verdict, only through due judicial process can Thailand move to a more sustainable, cleaner democracy.