Jim VandeHei, the co-founder of media companies Politico and Axios, was in Berkeley last week to talk about the state of the media and American politics in 2017. The media in the 21st century is definitely an important topic, but I haven’t discussed this issue on this blog in the past two years. However, it would be wrong to neglect this topic further, and so, as always, some takeaways along with a few Thailand-specific thoughts.

1. What kind of media do people want to consume? VandeHei discussed four main ills currently plaguing the news media. One is the issue of trust: people simply do not trust the news media. This is at some level the fault of political actors; the President of the United States, after all, is constantly screaming about ‘fake news’ while peddling fake news of his own. But it is also undeniable that reporters have themselves contributed to lowering trust levels. An example that VandeHei gave was overtly frequent use of Twitter by reporters to constantly espouse their thoughts. If reporters are always showing their biases through their tweets, reasoned VandeHei, how could people trust their supposedly objective reports?

The second is the issue of profitability. VandeHei feels that one of the most stupid business decisions in history was media companies deciding to give away their reporting for free online, making consumers become accustomed to getting something that is actually very expensive to produce for free. To correct this mistake, we have the third ill of media companies: quality. VandeHei declared that “News websites look like nightclubs”, because of the barrage of auto-playing videos and ads that consumers are forced to look at. News content itself, VandeHei feels, is also often of questionable quality, due to clickbait headlines and reporting that must “appeal to the lowest common denominator” in order to gain the greatest possible following.

The fourth and final issue is that of technological disruption. The impact of social media on the news media has been profound, with companies like Facebook and Google virtually eating up the industry. This has led to a number of consequences. One is the creation of media ‘bubbles’, with conservatives consuming only conservative content and liberals consuming only liberal content. Second is the fact that social media companies are not yet regulated in America, which has led to the proliferation of fake news which may have swung the 2016 election. Another is the impact of technology on people’s attention spans; although reporters are still writing articles a thousand words long, the attention span of their readers may be no longer than eight seconds! 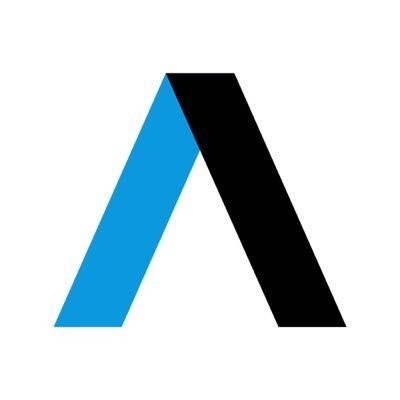 2. The Axios solution: Feeling that the time has come for a media revolution, VandeHei left Politico to start a new company, Axios. While I am an avid reader of Politico (where else would I get all the juicy insights about American politics?), I was not familiar with Axios prior to VandeHei’s talk. In the week leading up to his talk and the week after, I’ve made it my mission to read Axios every day, and I think that it’s worth talking about what I feel about it.

Axios is very different from most other news sites. Most striking at first sight is its look. The interface is clean and easy to read. Ads are integrated into the structure of its news feed; there are certainly no autoplaying videos and pop-up banners. The content of its articles are usually no more than a couple paragraphs long, and are often bullet-pointed to make the main gist of each article easier to digest. Many articles discuss not only what happened, but also why what happened matters, making it more relevant to the reader. It’s also very quick to scroll through; longer articles expand on the same page instead of taking you to a new link, meaning that you never have to leave the Axios homepage.

Are there ways that I think Axios could improve? Definitely- I think that it could use more subtopics: ‘Politics’ is an awfully wide topic and Axios could certainly do with more coverage of relevant world news. For example, I found it strange that today, Axios covered in a two sentence article the Chinese Communist Party congress, the leadership lineup that was unveiled and the remarkable consolidation of Xi Jinping’s power: this certainly is an important topic that any informed person would need to know. I also have some concerns about objectivity. Axios does a lot of ready-made analysis for the reader to save their time. While this is not a bad thing, is there any way we can know that this analysis is as non-partisan as Axios claims?

Overall, however, I can certainly say that Axios offers a very pleasant news-reading experience that is far superior to many other media websites. I’m not sure whether it will catch on and become more popular- name recognition is certainly still not high, and I would imagine that many would still prefer more in-depth news reports. It is, however, a good effort at restoring trust in the media and providing high-quality content: to make news great again. It is, as its name in Greek suggests, “worthy” of your time.

3. What does this mean in a Thai context? This final section of my post will perhaps be a little irrelevant to my American and international readers, but I want to just discuss a little bit of what we’ve been talking about in a Thai context.

Thai media suffers from all the same problems that American media companies are facing. I’ve always been surprised by the amount of Thailand ‘fake news’ floating around on Facebook, and far too many times I’ve had to double-check something that I read about Thai politics on Facebook with reporting by international media for validation. Many inclined towards yellow-shirted views are enclose themselves in yellow-shirted bubbles, and many inclined towards red-shirted views enclose themselves in red-shirted bubbles. I also doubt that online Thai newspapers are truly catering to what a 21st century audience wants; websites are often clunky and reports too long.

What I’m suggesting is I think that there’s certainly room for a Thai version of Axios. I’m sure that there must be a segment of the Thai population that also want higher quality, non-partisan news in a cleaner, easier to read interface. A Thai Axios would be an important step forward for two important goals. First is that of promoting media literacy and the dissemination of accurate political information. Second is the creating of a more engaged and informed citizenry that can do more to develop our democracy. There’s a lot of potential in this idea, if someone would take it up.