Some years ago, I enabled the snowing plugin on this blog so that every December, it snows on the posts that I publish. Perhaps lost in the busyness of college life has been my sense of time, and it took me by surprise when I opened this site and found snow falling on Paul Ryan’s face. The end of a very productive year blogging-wise is now soon coming to a close, and so, in my 50th and final blog post of the year, I want to reflect a little on some conclusions I’ve reached over the past few years of watching politics both locally and globally.

I first started blogging about politics here in the waning days of 2013, when the Yingluck government introduced the Amnesty Bill, sparking massive protests that eventually brought about its own downfall. I wrote extensively about the major themes of the protests, railing against populism, abuse of power, tyranny of the majority and corruption: all of them being what I saw as the weaknesses of Thai democracy. The events of 2014 eventually culminated in a military coup that resulted in Thai politics being in a relative state of stasis, as political activity was banned while the junta formulated reforms to the country’s democracy via the drafting of a new constitution.

During this time, I switched to writing more about global politics. The most alarming political trend to me (as it probably was for many people) was the rise of Donald Trump in the US, beginning in 2015. What was extremely striking to me, however, was the parallels between US and Thai politics. A way to explain this would be to to ask the question: “What if Donald Trump were the prime minister of Thailand?” This, needless to say, is a strange query and one that possibly very few other people would think about. And I must admit that it is indeed difficult to imagine: Trump himself has nothing in common with Thailand, and I would be impressed if he can even find it on a map. But let’s try to take this question seriously. What would happen if a Thai version of Donald Trump were to ascend to the premiership? It’s not difficult to see something like that happening: brandishing his business credentials in the face of discredited politicians, he promises to ‘make Thailand great again’ through unabashed populism that leads to a huge electoral victory.

If this sounds familiar, it’s because it did happen: in 2000, Thaksin Shinawatra and the Thai Rak Thai party won a landslide victory by being a mixture of Donald Trump and Bernie Sanders. There are, of course, major differences between Thaksin and Trump. The former did not play on xenophobic tendencies and promise to build a wall, for instance, The dynamics of their elections were also different, with Thaksin empowering an emergent rural society while Trump represented the ‘forgotten’ people of white America. Above all, Thaksin was a powerful executive who was immensely successful in delivering on his policy priorities, unlike the hapless US president whose first year has been marred by his inability to get anything done.

But there are enough similarities to make the case that Trump and Thaksin were a similar phenomenon. In the wake of the 1997 Asian financial crisis, the establishment parties were discredited and the Thai people wanted a businessman like Thaksin to drain the swamp and ‘run the country like a company’- exactly what Trump promised to do. Both billionaires managed to remake themselves into the poor people’s champion; populist to the core, Thaksin called for massive infrastructure projects, free healthcare, and a variety of policies that appealed directly to the Thai grassroots. The United States, like Thailand, seems to be inflicted with a growing chasm between the rural and the urban; the Democratic Party, both in the United States and Thailand, wins among the urban middle class, while the rural poor favour the Republicans and the Pheu Thai party in the United States and Thailand, respectively. The two leaders even have some distinct similarities in their style of rule, with both brandishing their authoritarian tendencies and having scant respect for the rule of law. Nepotism, corruption and conflicts of interests have free rein in both administrations. 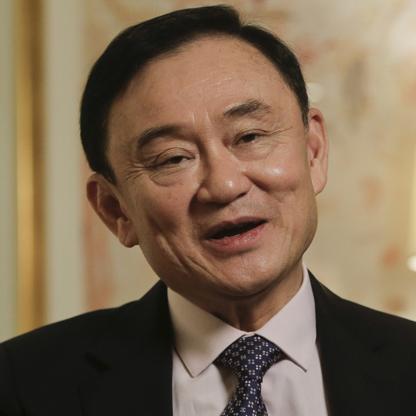 So in many ways, what happened in Thailand a decade and a half ago has been playing out on a different side of the globe in the United States. And this has surprised me. Watching Donald Trump barnstorm the different states, winning the election and then seeing his authoritarian and corrupt style of rule has more than once reminded me of my own home country. The conflicts of interests and the nepotism that now plagues US politics is remarkably similar to the ills that plague Thailand. This has led me to be able to draw a number of conclusions.

Firstly, it is that democracy in Thailand is by no means special in its ability to be hijacked by wily populists.

I remember believing in 2014, as I marched down the streets with hundreds of thousands of other PDRC protesters, that the Yingluck administration was a unique cancer that had attained power by shameless and harmful populism, with the cause being that Thailand’s lower levels of development in the north and northeast allowed more people to be bought by fanciful promises. Now, of course, it has become starkly clear that even in the United States, a country with one of the highest standards of living in the world, populists have it no less difficult to convince at least a large plurality of people to vote for them, even if this results in detrimental effects for the country at large.

This isn’t something that advocates for democracy like to admit: that people don’t always know best. Brexit, for example, is probably one of the biggest own goals that a majority of the people have ever voted for in a democracy, and it has led to a completely dysfunctional government and threatens to heavily damage the British economy. Yet Theresa May pushes on, determined to carry out the ‘will of the people’, even if the people have seemingly willed the country to a course of self-destruction.

Secondly, whereas the weaknesses of democracy are painfully clear, the solutions seem to be painfully murky. The theory of the ‘Wisdom of the Crowds’ supposes that collective wisdom is often far better than that of any one individual. But what if the crowds indeed fail? What if the people made the wrong choice in choosing political leaders? Do they simply have to live with the damage caused? Or should they find a way to remove their government?

Let’s take a moment to think about this. In Thailand, the plan of action in removing a democratically-elected government is an oft-repeated one: the military removes it in a military coup d’état. Of course, this was not what a lot of people had wanted to happen in 2014, during the PDRC protests; looking back, however, it’s easy to realise that the installation of an unelected people’s council was always a simplistic idea that would never have happened, and that a military coup was always the most logical and historically obvious solution to the Thai political conflict. Pro-democracy activists would immediately condemn any coup, but I would argue that there are both benefits and drawbacks to this extraconstitutional approach. It has allowed Thailand to escape violent political conflicts that have no easy constitutional resolution; democratic principles would have costed actual human lives to uphold. But a military government has also, somewhat predictably, unaccountability; far from being able to crack down on corruption, as General Prayut promised when he came to power, the junta has been plagued with embarrassing corruption scandals, most recently being Deputy Prime Minister Prawit Wongsuwan’s watch fiasco.

The US solution, on the other hand, a military coup is (still) unthinkable, but there are well-established constitutional procedures for removing a president: impeachment. This process, however, has never actually been seen through to its final conclusion where the president is removed from office. And would the American public- in particular, Trump supporters- actually be able to stomach the removal of a president from office? As Ezra Klein writes in Vox’s excellent piece, ‘The case for normalising impeachment’:

To many of Trump’s supporters — and perhaps many of his opponents — this would look like nothing less than a coup; the swamp swallowing the man who sought to drain it. Imagine the Breitbart headlines, the Fox News chyrons. And would they truly be wrong? Whatever Trump is today, he was that man when he was elected too. The same speech patterns were in evidence; the same distractibility was present. The tweets, the conspiracy theories, the chaos: It was all there. The American people, mediated by the Electoral College, delivered their verdict; mustn’t it now be respected?

Here is the counterargument: Our political system was designed by men who believed the mass public could make mistakes, and so they set up failsafes, emergency processes by which political elites could act. The Electoral College, which was ironically the key to Trump’s victory, was one of those failsafes — a collection of political actors who would be informed by the popular vote, but not bound by it. Today, however, the ideology of democracy has taken fiercer hold, elites are held in low regard, and those failsafes are themselves failing.

And so we have a curious situation. In Thailand, a country far less committed to democratic principles than the United States, the ease of the removal of a corrupted elected government allows for easy extraconstitutional political solutions, but in the long run both results in unaccountable governments and impedes long-term democratic development. In the United States, on the other hand, commitment to democracy is so high that people are unwilling to even countenance impeachment even when the president is so clearly incompetent and unfit for office. The end result is the same: political dysfunction.

Both Thailand and the United States face the same fundamental questions about democracy. Demokratia is about granting power (kratos) to the people (demos), but what if that power is wielded unwisely by the people? Can that will be overwritten? How do we safeguard a democracy against those who wish ill on it?

These critical issues, I believe, will continue to drive Thai and US politics in 2018 and beyond. In Thailand, the Prayut administration will eventually have to give way to fresh elections. The newly promulgated constitution has restricted the ability of the people to exercise power in a democracy through such mechanisms as the introduction of an appointed senate and the possibility of a non-MP prime minister. Whether this will lead to Thailand being able to drag itself out of the vicious political cycle of the past fifteen years is unclear, however, for Thailand remains as divided as ever. In the US, on the other hand, Democrats remain both unwilling and unable to begin impeachment proceedings against a president who has clearly obstructed justice, abused his power and is unfit for office. Robert Mueller’s investigation is often seen by Trump’s supporters as a coup attempt with a different name.

The questions concerning the fundamentals of democracy have been ones that I have been grappling with since 2013, and as I’ve outlined, they have become increasingly pressing as the years have passed. 2018 and the years ahead, I believe, will be critical to answering some of the questions that I’ve raised in this post, as we continue to watch how Thailand, the US and nations worldwide grapple with the problems that plague their democracies. This year has not been heartening, but it does not mean that there is no light at the end of the tunnel. The search for a more perfect democracy continues.

Thank you to everyone who’s been with me on my political journey this year. See you again in 2018!

One response to “Trump, Thaksin and Democracy”