Southeast Asia has never been a beacon of democracy, but its democratic backsliding has been more than apparent in the past few years. Thailand underwent a military coup in 2014; the coup’s four year anniversary is coming up shortly. Philippines is now under the rule of strongman Rodrigo Duterte, who seems to have scant respect for the norms of a liberal democracy. The opposition party in Cambodia has been entirely vanquished by its dictator, Hun Sen. Myanmar, which so recently celebrated its transition to democracy, is now the home of horrific human rights violations.

And, up until very recently, Malaysia looked like it would continue to be ruled by the Barisan Nasional coalition, which has stayed in power continuously for decades. The prime minister, Najib Razak, is at the centre of a massive corruption scandal, but that did not seem to be enough to weigh him down. Freebies were promised, gerrymandering was done to the extreme, a law against fake news targeting the government’s political opponents were introduced.

Yet, in the end, Dr. Mahathir Mohamad prevailed over his former mentee, becoming the world’s oldest head of government. This has, predictably, led to frenzied speculation about its ramifications in Southeast Asia. Reuters, for example, ran an article with the title “Malaysia’s shock poll result gives hope to besieged Southeast Asia oppositions”. Many columnists breathlessly proclaimed the Malaysian election as an example that Thailand would come to follow. Thaksin Shinawatra did not hesitate to tweet a picture of himself shaking hands with Mahathir; he commented that the Malaysian election result was a demonstration of the power of the people.

But let’s not be too quick to point to the Malaysian election as a sign of what is about to happen to prime minister Prayut Chan-o-cha, or that Thailand can easily follow Malaysia’s example. 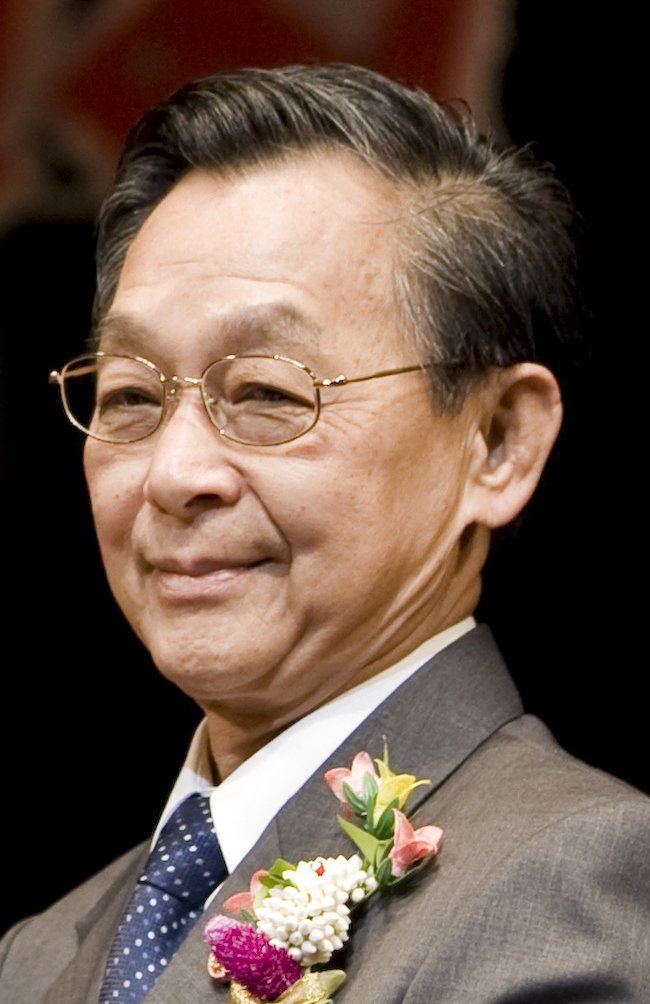 Let’s first take some time to let’s dismiss one of the stranger suggestions: that Mahathir’s election victory means that the Democratic Party should nominate former prime minister Chuan Leekpai as their candidate to be the next prime minister. This suggestion seems to be taking the thought that Thailand will follow Malaysia’s example a little too literally, but has been taken seriously enough to have been discussed by even figures like Abhisit Vejjajiva.

Yes, Chuan and Mahathir share some similarities: they are both old (although at 79, Chuan is still 12 years Mahathir’s junior) experienced in politics and had already served as prime minister before. This has led some to suggest that Chuan could be brought back, and that his squeaky-clean reputation in Thai politics along with his status as an elder statesman would allow him to cruise to a Mahathir-like victory. This fails to take into account, however, the fact that while there might be support for Chuan within the Democratic Party, he does not have any popular traction whatsoever. Chuan is no longer a political heavyweight and has ceased to be for some time, unlike Mahathir: Chuan would not win an election if it were held now.

From a broader perspective, Prayut does seem to suffer many, if not more, vulnerabilities that Najib did. The Thai economy could be doing better, and it has been at subpar performance ever since the prime minister took power. The national reforms that Prayut promised he would deliver to help Thailand become a better democracy has not really materialised, apart from the promulgation of a new constitution; that, however, is largely irrelevant given that the drafting of constitutions has always been par for the course for Thai juntas and happened two years ago, which is an eternity politically. The corruption scandals that have been weighing on multiple members of the cabinet, including deputy prime minister Prawit Wongsuwan, has not helped.

Under these conditions, it should not be likely for Prayut to win the next election. But that supposition is based on the condition that Thailand will operate in the next election as a completely fair democracy. This will not be the case; for the next election at least, the electoral landscape, by design via the new constitution, will favour a Prayut win by default. They key is through a clause that allows the Senate to join the House of Representatives in choosing an outsider prime minister who is not an elected MP.

Under the new constitution’s rules, a non-MP can become prime minister if 375 MPs and senators out of the 750 total MPs and senators, of which 500 are MPs and 250 are senators. The only way in which Prayut’s second stint as premier can be foiled for sure is if a party wins a large enough majority of the lower house in the next election, just as Mahathir’s coalition did in Malaysia.

Of the two major parties, only the Pheu Thai party has a chance of doing so; the Democratic Party does not have a large enough power base nor enough appeal beyond the south and Bangkok to win the next election. Thaksin was able to win an absolute majority to win election; so did Yingluck. However, the new constitution means that this outcome is unlikely to be produced as the Mixed-Member Proportional system that will be implemented makes it more difficult for any party to be able to command a majority without having to rely on a coalition.

What is even more significant is the fact that not only do the upper house get to play a role in choosing the prime minister, the members of the upper house themselves will be appointed by the junta. Therefore, Prayut can virtually already be guaranteed the support of 250 senators, and to continue as prime minister, the parties backing him will only need to win 126 seats in the election. Winning a third of is not a difficult task; even Najib Razak managed much more than that.

Of course, although Prayut only needs 126 seats in the lower house to continue as prime minister, he will want 250 to ensure that his government cannot be subjected to a vote of no confidence. On this, however, it is also worth asking: would other parties save for Pheu Thai really dare to vote against Prayut in a vote of no confidence? Bhumjaitai has already announced that it would be open to backing Prayut if needed, and it is difficult to know in advance what the Democrats plan to do.

Let’s also consider the non-institutional advantages that Prayut has. As the prime minister in power, Prayut has been able to campaign all over the country under the guise of holding “mobile cabinet meetings” while other parties are still prohibited from holding events under the NCPO’s political ban. He has also been able to offer freebies and investments to regions whose support he desires; as Thaksin has previously demonstrated, this is a surefire way to gain support.

Therefore, while Mahathir’s victory seemed to be a shining beacon that could offer a path for Thai democracy, observers need to note that the challenge for Thailand’s opposition is fundamentally different from the challenge that Mahathir faced. Prayut does not need to win a majority in the next election- far from it. The rules of the game have been shaped so that the power of incumbency is much stronger than whatever Najib Razak enjoyed.

To be sure, however, Prayut should also not totally ignore the Malaysian example. Resentment with Najib was real- and so is resentment against him. In his final year of his current term, Prayut needs to work to deliver economic growth, reduce income inequality, clean up corruption and speed up national reform. If he does so, Prayut will deserve to win the next election, without the need to rely on handpicked enators.