9 Things We Learned From the Thai Cave Operation

The biggest news story in Thailand for the past week has undoubtedly been the story of the Tham Luang cave operation to rescue the 12 Thai youth soccer players and their coach. This operation, to put it mildly, has no precedent in Thailand; millions of Thais have remained glued to television or Twitter (or another medium of their choice) for days as they pored over every update coming from Chiang Rai.

Of the countless articles written about this saga, one paragraph from Kong Rithdee’s piece in the Bangkok Post caught my eye:

To risk a cliché, what has happened at the cave over the past week sums up the broad spectrum of 21st century Thailand — the scientific Thailand, the supernatural Thailand, the dogged, indefatigable never-say-never Thailand, and the unready, politicised, emotional Thailand.

A cliché, perhaps, but still a hugely interesting one; the cave operation has indeed exposed many of Thailand’s contradictions and character. It’s probably worth taking some time, now that the kids have been found, to reflect on what we learned from this 10 day rollercoaster.

1. The technology made it possible

The operation required a tremendous amassing of technology. Water pumps of all kinds were hauled to the cave entrance to pump out water. This became the biggest rescue operation of its kind ever mounted in Thailand. 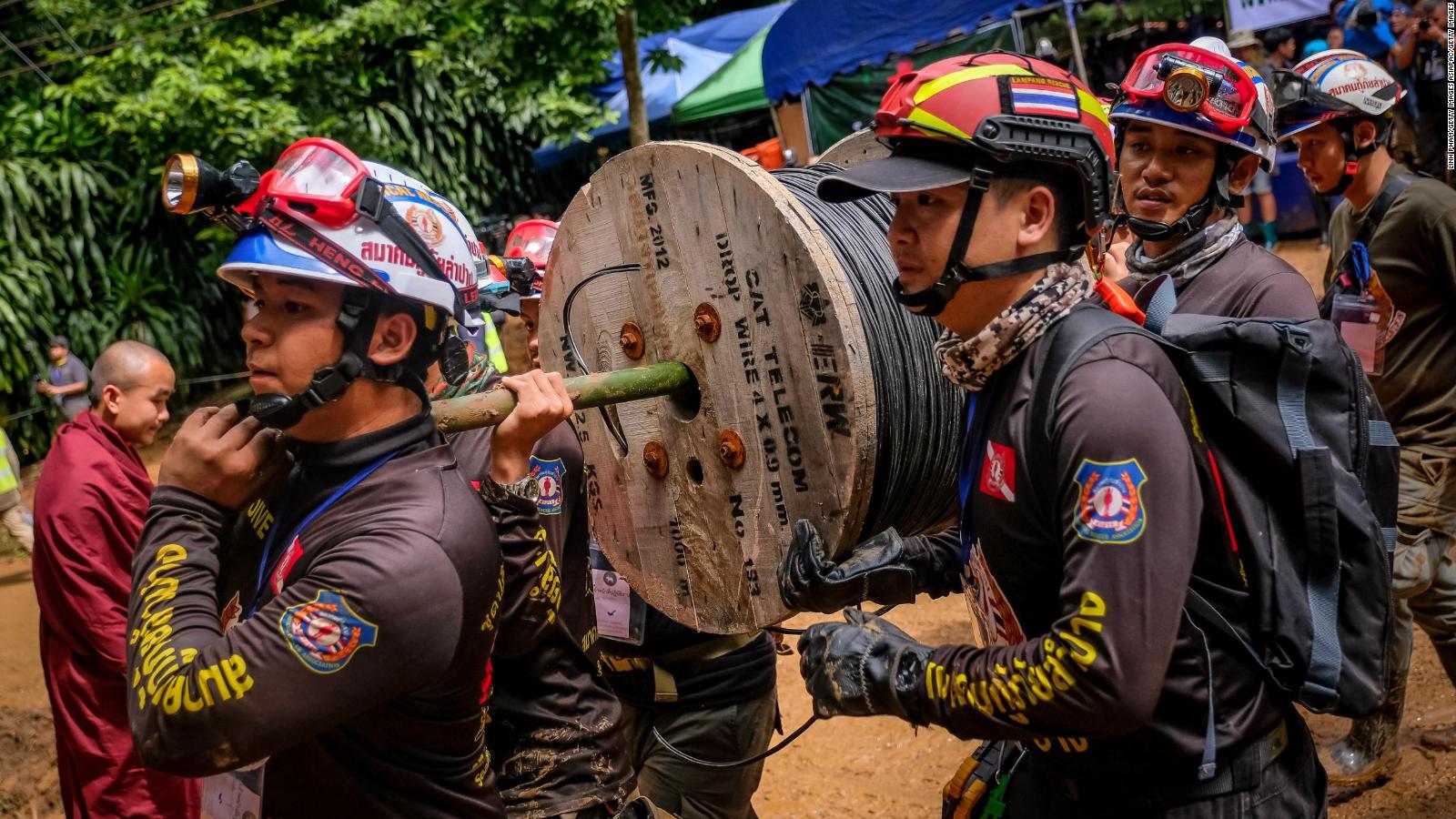 2. No rescue operation is complete without some supernatural help

Thailand, at its core, remains a deeply superstitious country. Shamans and hermits appeared at the scene, performing ceremonies. People began whispering of guardian spirits, in particular of the legend of an ancient princess. The highly respected Kruba Boonchoom was eventually invited to perform religious rites and pray for the group. The monk said, on June 29th, that the soccer players were fine, and predicted they would be found in one or two days. On July 1st, they were found. “Mai chuer gor tong chuer“, some Thais ended up concluding- “even if you can’t believe it, you just have to”. 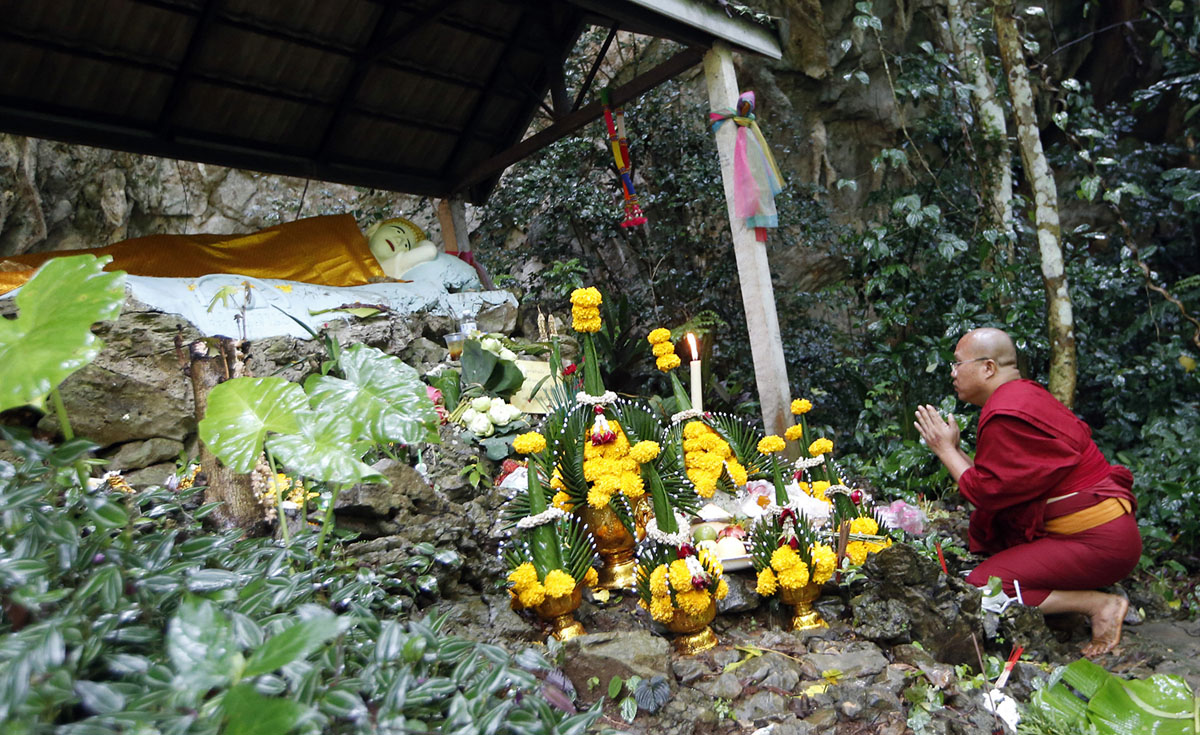 It’s safe to say that very few in Thailand knew much about the Tham Luang complex of caves; now, practically everyone in the country knows that there is apparently a ‘Pattaya beach’ in the cave. Many Thais started googling how long people can survive without food and water (roughly 3 days without water, 3 weeks without food). Thais also learned about how hazardous it can be to explore a cave close to the monsoon season – wisdom likely to save many lives in the future.

This search operation was successful in part due to the outpouring of support from countries all over the globe. Most notably, three British cave divers were instrumental in the search operation (more below), but the US, China, Japan, Laos, and Myanmar also sent help. They were greeted by that world-famous Thai hospitality. King Maha Vajiralongkorn announced that all foreigners involved in the operation were to be treated as royal guests. Volunteers cooked food round the clock. A reporter was so surprised to see a Thai tent making coffee that he tweeted:

THERE IS AN ESPRESSO MACHINE IN THE MIDDLE OF THE JUNGLE

Who would have thought that the world’s most experienced cave rescuers would be three middle-aged British men? Robert Charles, Richard Stanton, and John Volanthen were among the first foreigners to arrive in Thailand to aid the operation. The latter ended up being the first to make contact with the trapped soccer team. All of a sudden, Thailand realised that learning English was so important that it was required even when stuck in a cave. “13? Brilliant!” in a British accent became the world-famous words of joy; equally remembered in Thailand was one of the teenagers’ response: “Whoever’s good at English, translate!” The three cave divers illustrated that not all heroes wear capes; James Buchanan tweeted “I love how these guys aren’t square-jawed, young hunks with bronze skin and Baywatch bodies. Real life heroes can be middle-aged men with a touch of the trainspotter about them.” 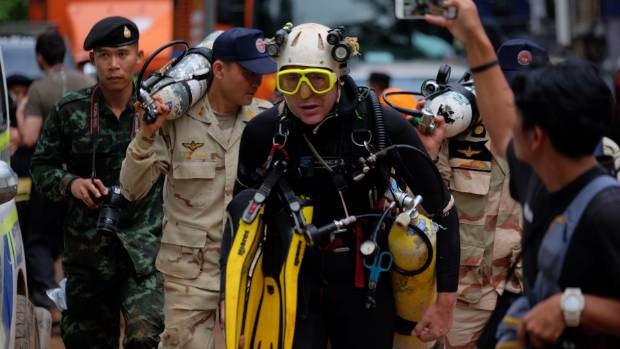 In a country desperate for heroes, quite a few were made in this desperate struggle. In addition to the British cave divers, the governor of Chiang Rai province who has now attained rock star status. Narongsak Osotthanakorn, now renown for his decisive leadership, declared at the start that all rescuers were to think of the youth soccer players as their own children, and that there was to be no backing down. The country celebrated when it was Narongsak who announced on live television that the team had been found. The national police commander, Chakthip Chaijinda, personally led a police team through difficult terrain. And, of course, Thai netizens everywhere marvelled upon learning about “the strongest doctor in the land”, Dr. Park, who completed five special-ops training courses.

7.  Everyone played a part, and every contribution was meaningful.

It’s important that we not just focus on some of the key personalities. If nothing else, the rescue attempt taught that everyone had something to contribute. Most notably, the Thai Navy SEAL and the Thai military formed the backbone of the operation; without their effort, nothing would have been possible. Geologists, engineers and experts from disciplines most Thais knew barely a thing about were all instrumental in completing this task. Prime Minister Prayut Chan-o-cha, whom some criticised for merely being there for a photo-op, was helpful in helping motivate the families of the team. 8. In Thailand, unity is still possible

The entire nation was utterly engrossed during the entirety of the search and the outpouring of support on social media and throughout the country was breathtaking. Thai people often speak of the need for kwarm samanchan (unity), and while political reconciliation remains elusive, the events of the past week demonstrates that when push comes to shove, Thai people can unite and support each other.

It is hard to put into words how much Thailand has been captivated by the search for the 13 with TV channels showing continuous coverage – ala US cable news – for days. Such coverage is not typical. The joy and happiness online is just overwhelming. https://t.co/T1IGXnMFWY

9. And finally, perseverance is key.

“Victory belongs to the most persevering”, Napoleon once said. This, fundamentally, is the most important lesson we can take out of this whole episode. The Thai people and the international rescuers proved themselves indefatigable. Regardless of the worst of circumstances, the rescuers pushed on, undeterred by the heavy rain and the muddy conditions. Many outside, undoubtedly, quietly wondered whether a tragedy was awaiting, but the show of support never ceased as the entire country willed both the team to survive and the rescuers to keep going. The Tham Luang operation was Thailand at its best, and it is a moment that we can all be proud of.